Skip to content
My therapist agrees, You are a Narcissist! 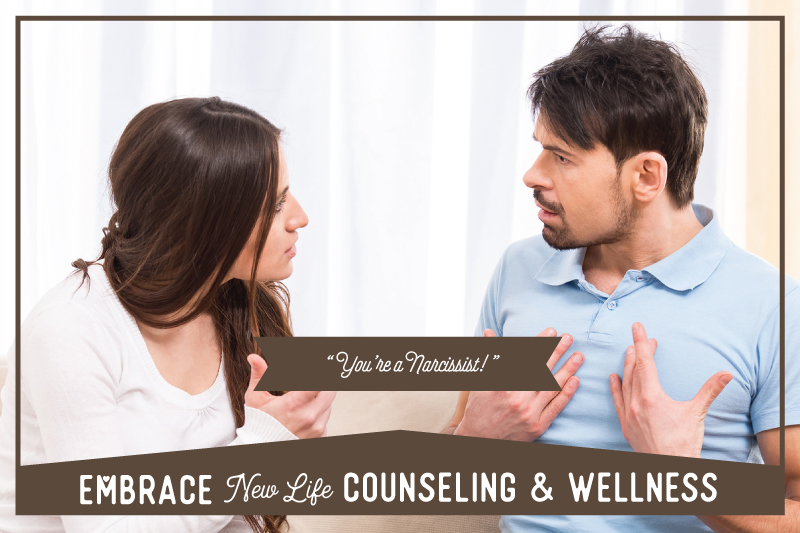 If there was one psychological word overused, misused, and used to abuse – it is the word ‘Narcissist’. It is a term most commonly used to describe a self-absorbed individual or as a short form of Narcissistic Personality Disorder (NPD). Some build practices and careers around this term, but the reality is that – like some antibiotics – it is meaningless in its overuse and misuse.

When working with clients, a common complaint is that their partner, spouse, in-law, boss, or neighbor is a narcissist. I use the diagram below to ask clients where they would locate themselves on the spectrum in relation to their identified narcissist. 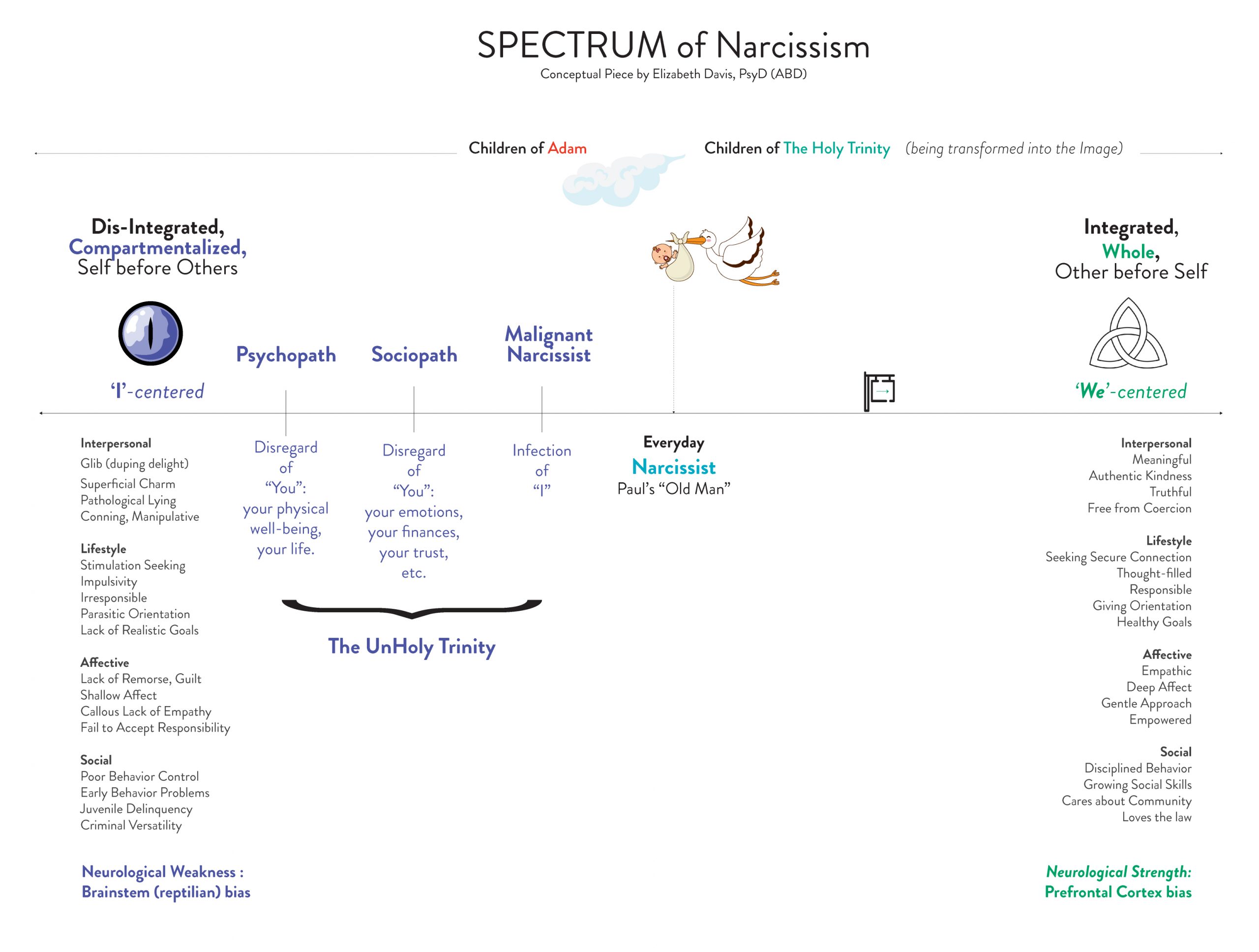 Placing an ‘X’ on the spectrum where they feel their identified narcissist falls is often much easier than placing an ‘x’ where they think they fall. We all fall somewhere on the spectrum, and it might be wise to err on the side of humility. It would be even wiser to ask someone that does life up close to us where they would place our ‘x’.

When a couple’s therapist works with the complaint that a partner is a narcissist, the complaint is taken under advisement, but it is a subjective metric. A layperson’s diagnosis does not replace clinical due diligence in concluding anything about anyone, much less endorsing a diagnosis. A therapist can take note of the reported narcissistic ‘features’ of a partner, spouse, in-law, boss, or neighbor – but the actual therapeutic work begins when these ‘features’ or ‘tendencies’ are bravely brought into a clinical process where ‘mutual empathy’ is fashioned and formed between flawed human beings who can all exhibit narcissistic features. It is in process that these features are open to being shaped into new prosocial behaviors, into new neural pathways.

When a spouse says, ‘My therapist said you are a narcissist,’ it is often a misrepresentation or a weaponizing of the therapeutic process. Most therapists will not label anyone anything without a structured clinical interview and a battery of assessments. It is best to ask the therapist for clarity and to make the therapist aware of the weaponization of their work. Ethical therapists do not diagnose or label your partner, spouse, in-law, boss, or neighbor without a formal process and certainly would not disclose a diagnosis to you without the other’s written consent.

As said before, therapists can and do note ‘features’ as are subjectively reported by you, but to endorse your subjective, nonclinical diagnosis would be akin to helping Quixote tilt windmills. According to the Goldwater Rule, labeling anyone anything requires that a therapist has first met said individual and that the therapist has conducted a formal assessment of the person in question. Moreover, if they have met your spouse and tell you they are narcissist, you have to wonder if you and your therapist have just entered a Karpman Triangle with you assigned the victim role, the other spouse assigned the perp role, and the therapist assigned as the rescuer.

Couple’s counseling is about helping two flawed, imperfect people learn how to love each other well. It is a process of modeling and teaching mutual empathy. It is easier said than done, as it requires everyone in the room to suspend their own egos and affect momentarily to that of another. It is in those choreographed moments that change is invited. A therapist that stays on the periphery of change, in the audience of your life or your relationship – yelling or affirming, ‘he’s a narcissist, she’s a narcissist’ is playing it safe and might be playing on self-righteousness. Let’s put down the weapon of ‘he’s a narcissist, she’s a narcissist,’ roll up our sleeves and bravely step into the arena of humility and vulnerability. The world doesn’t need any more victims; it needs people who know how to live in mutual empathy with imperfect others.

Myth: Once a narcissist, always a narcissist. This is a logical violation of General Semantics. A snapshot in time cannot define anyone. There is hope for everyone. Even psychopaths can be reformed – Biblical examples are King David and the Apostle Paul. While not having ever met either of them, they both meet the criteria in their taking of innocent life at some moment of time in their life. If they can be reformed, a malignant or everyday narcissist can be reformed too.

Next Up: “How to use Boundaries to Amputate Bonds”, the misuse of boundaries to slice and dice instead of using them to define and protect your essence.